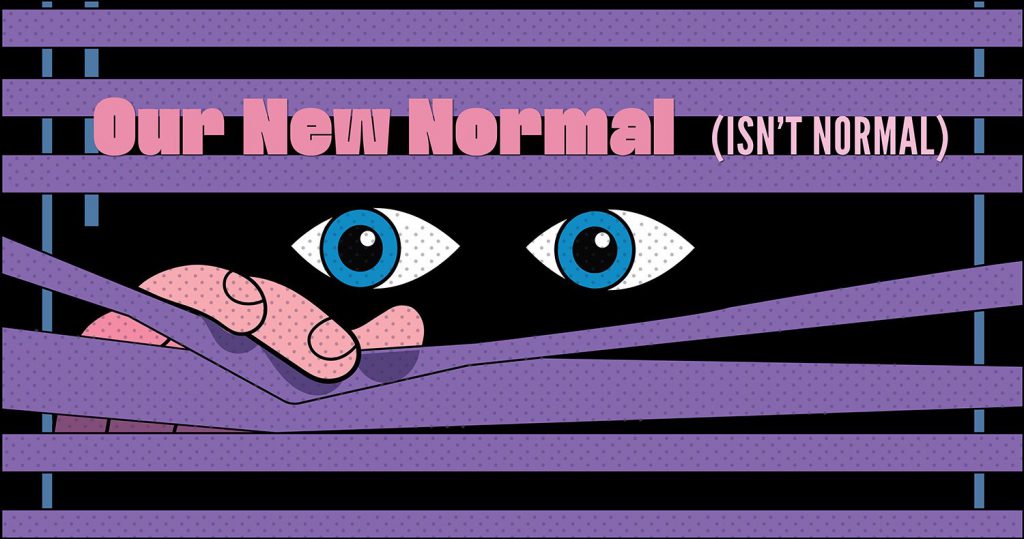 Everyone, everywhere seems to be talking about a “new normal” because of the coronavirus.  You hear it on TV, when speaking to neighbors, and even from the pastors of the church.  But what exactly is this new normal?

In 2007, I was diagnosed with Evans’ Syndrome – a rare autoimmune blood disorder which destroys platelets, hemoglobin, and white blood cells.  This demon torments me periodically but God has always heard my prayers and restored my health.  Typically I have experienced normalcy after a few months of spiritual battle and very expensive treatments.

In 2015, I had another relapse but could not achieve normal blood counts.  I struggled with a critical platelet count for two years.  It was during this time that doctors and well-wishers started trying to encourage me by telling me to accept my “new normal”.  I was indeed starting to resign myself to this “new normal” because normalcy appeared to be an elusive target.

The Power of Words

In March of 2017, I started declaring that this “new normal” was a lie straight from hell.  Only God could define normal and I was not about to accept anything less than God’s best.  I started correcting anyone who spoke this evil lie into my life.

Early in April of 2017, we had a healing service at South Wyoming Church.  I believe God was present at our church that night because as the service progressed, I could feel an inward agitation.  Following the healing service, my platelet level started to rise, this time without any medical treatments.  I started declaring myself healed and after a couple of weeks my platelet level had reached the normal range where it has remained to this day – three years later.

Whenever I hear someone speaking of a “new normal”, an anger of sorts rises up within me.  Why would anyone accept anything less than God’s best?  While it is true that certain adjustments must be made in one’s life to live with a novel virus, disorder, or anything else, we cannot trade God’s best for a lie.  The bible does not tell us to compromise when the going gets tough.  It tells us to stand firm on God’s word and persevere.  Jeremiah 29:11 says, “For I know the plans I have for you, declares the Lord, plans to prosper you and not to harm you, plans to give you hope and a future.”

Who defined what this new normal should be and by what authority?  We all agree that some changes are necessary but changes are fluid in nature and in this case most likely temporary.  However, redefining normal is a permanent action.

Normal, whether it be physical, mental, or emotional, is the gift God gave us at birth.  The devil comes and tries to steal bits of it until we are ultimately defeated.  Social distancing is not new for me – I have been living it for over 12 years.  While I have had to adjust my behavior over the years, I refuse to surrender my precious gift of normal which God gave me.  I almost made that mistake once.  I will not do it again.